Chris Coleman says that during his psychiatric rotation as an undergraduate, “I discovered that patients felt comfortable with me and would open up about the challenges they were experiencing,” and that revelation led him to pursue mental health nursing in graduate school. No doubt part of what made Chris someone easy to talk with was the flip side; he was an exceptional listener. And not just to patients, but also to an array of people who mentored, pushed, influenced, and sometimes even tried to discourage him. Through it all, he learned from every encounter, let his curiosity reign, and drove forward to his next accomplishment. “I learned,” says Chris, “that I had this natural ability to listen, to show empathy, to hear other people’s life stories.”

For example, take the night, well before that undergraduate rotation, when Chris took a roommate who had become ill to the ER. As Chris explains:

"While there, I witnessed the nurse in charge that night going from one room to another with such methodological skill. She was so organized, calm, and impressive and I could not wait for her to come to the room we were in. Simply put, I was mesmerized by her clinical elegance, and I thought to myself; I want to be like that. It was then that I knew I wanted to be a nurse. When she came into our room, I kept staring at her, and mustered the courage to say I want to be just like you. She then responded putting both of her hands on my face, 'You are not going to be like me, you are going to better than me' and off to nursing school I went. The few minutes this master clinician provided me was both motivating and inspirational. In that moment I believed I could accomplish anything."

Or the time during his sophomore year when a particularly difficult professor told Chris he would never finish nursing school, that he was not smart, and who actually encouraged Chis to drop out and leave school. The effect –not what the professor had intended– was simply to inspire Chris to work even harder. Anyone who has experienced similar mistreatment and prejudice may take heart in the end of this story; years later when the professor was re-introduced to Chris –as Dr. Coleman–, and asked if he remembered him, Chris says the man “literally fell to his knees and apologized. I told him about the importance of not prejudging students, or stereotyping them, but rather looking for their strengths.”

I was mesmerized by her clinical elegance, and I thought to myself; I want to be like that.

Finally, of his many formal and informal mentors, none had a more profound effect than Dr. Afef Meleis, who taught Chris at the University of California and who would later lead the faculty where Chris would teach at the University of Pennsylvania School of Nursing. “I had many wonderful professors,” says Chris, “but none like her. She taught me the significance of inductive and deductive reasoning—not only in the classroom, but also in life. It’s why she left such a prodigious impression on me.”

Of his MFP/ANA Fellowship, Chris says it helped him complete his Ph.D. in just three years and provided him a foundation to become a nurse scientist and scholar, as reflected in his many degrees and honors, including BS - Walla Walla University, MS - Oregon Health Sciences University, MPH - Johns Hopkins University, Ph.D. - University of California, San Francisco, Post Doctoral Fellowship Program - UCLA School of Nursing.

Today, as Associate Dean and Professor at Indiana University’s School of Nursing, Chris continues to focus his attention, care, and listening, on those experiencing loss and trying to cope with life’s many disruptive events.

Dr. Coleman is available for talks or panel discussions. For information, please contact him here: colemchr@iu.edu 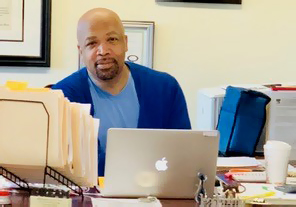 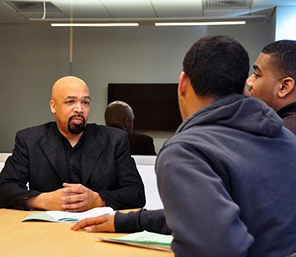