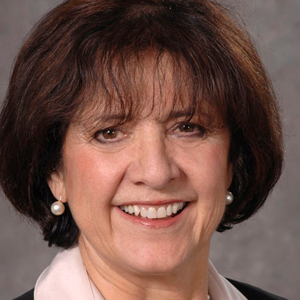 Mary Lou de Leon Siantz PhD, RN, FAAN, a Latina nurse from humble beginnings, is a rare and powerful force in academic science. The daughter of Mexican immigrants, de Leon Siantz learned English as a young girl, excelled in school, and grew up to become a pioneering scientist renowned for her research on migrant health and for her work to prepare health professionals for leadership and policy.  Now she’s working to help younger Latinas follow in her footsteps. An alumna of the Robert Wood Johnson Foundation (RWJF) Executive Nurse Fellows program (2004-2007), de Leon Siantz heads the Center for the Advancement of Multicultural Perspectives on Science (CAMPOS) at the University of California, Davis (UC Davis), an initiative that aims to increase the participation of women, and Latinas in particular, into the male-dominated fields of science, technology, engineering, and math (STEM). The appointment of a Latina nurse to this high-profile position calls attention to the often overlooked fact that science undergirds the nursing profession, and to the valuable role that women, and Latinas, play in scientific endeavors. The face of the United States, and of California, is changing, and she says the university “very much feels that scientists should reflect the demography of the state that they serve.”  Latinos are now estimated to be the largest population group in California, but they are vastly underrepresented in STEM fields at UC Davis. The lack of diversity among STEM faculty discourages aspiring women, Latinas, and other students from underrepresented backgrounds from pursuing STEM careers and contributes to a body of academic research that fails to adequately address issues of particular concern to underserved populations.

As director of CAMPOS, de Leon Siantz, also a professor of nursing at the Betty Irene Moore School of Nursing at UC Davis, is trying to rectify that by working with the STEM schools at UC Davis to hire new faculty members who will serve as mentors and role models for aspiring female and Latina STEM scholars and who will conduct research of particular interest to underserved populations. The effort is de Leon Siantz’ latest step on a professional journey aimed at narrowing health disparities. As an RWJF Executive Nurse Fellow, for example, she worked to persuade federal lawmakers to set aside funding for Milagros, a center she established to conduct research and provide training, technical assistance, and service learning in migrant health and education. The name of the center—which means ‘miracles’ in Spanish—reflects the harsh reality for many migrant families. “Anything that’s positive for a migrant is pretty much a miracle.”

The women of color whom she worked with at Milagros were seldom seen as having leadership potential and the dearth of female, minority leaders in academic STEM fields discourages female students from aspiring to those kinds of positions. That, in turn, leads to a cycle of underrepresentation in academia and in scientific leadership positions in society. The CAMPOS program, de Leon Siantz hopes, will begin to break that cycle. “Anybody coming into this program is going to be seen as having future leadership potential.”